On February 14, 2018, 17 lives were lost in Parkland, Florida in one of the deadliest school shootings in history. A former Secret Service agent reviews the timeline starting when the shooter enters the campus and tracks his movements inside the school, until he escapes by blending in with students. We’ll discuss school staff and law enforcement response, including command and control, and how communications, training, site security and first responder response policy played critical roles. We’ll use this tragedy to learn how to apply best practices to protect our own venues. An interactive Q&A session concludes the presentation focused on a public safety commission’s key findings and recommendations. 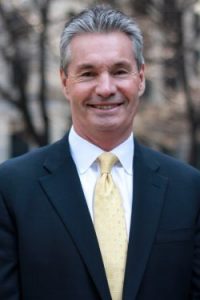 With an extensive career in federal law enforcement as well as private sector security, G. Michael Verden, Founder and CEO of The Lake Forest Group, understands how to apply industry best practices to your unique environment and culture to keep you safe, secure, and compliant.

As a Special Agent with the United States Secret Service for 21 years, Mike served on the Presidential Protective Division, where he conducted security advances around the world for the President and First Lady. In other assignments, he protected visiting heads of state; served as an event coordinator for the 2002 Winter Olympics in Salt Lake City and a security adviser to the 2003 and 2004 Super Bowls; was a member of the Counter Assault Team, an exclusive and specially trained heavily armed tactical team with protective responsibilities; and worked in the Counterfeit Division, where he oversaw and managed international financial investigations.

Mike began his professional career with the Skokie, Illinois Police Department and then became a Secret Service agent in the Chicago Field Office. After retiring from the Secret Service, he was the Senior Director of Security for the NBA and Senior Vice President and Managing Director for Hillard Heintze, before founding The Lake Forest Group, which provides protective security and investigative services such as security assessments, emergency management plans, and active shooter training for Fortune 500 corporations, healthcare facilities, commercial and residential high-rise buildings, financial services, law firms, and higher education.

Mike was born in Tipperary, Ireland, grew up in Chicago, and graduated from Western Illinois University with a degree in Law Enforcement Administration and from Indiana State University with an M.S. in Criminology. Mike is currently a member of the United Laboratories Global Security Council; sits on the ASIS International Active Assailant Committee; and is Chairman for the ASTM International Cannabis Security and Transportation Committee.

All tickets must be purchased in advance online. You will receive a confirmation receipt.